What responses will not be accepted in a Quill Reading for Evidence activity?

Written by Scarlet Melo
Updated over a week ago

Quill Reading for Evidence activities are designed for students to use evidence from a passage to complete three sentences. Our feedback bot will guide students through revising their sentences to use strong evidence, accurate mechanics, and correct spelling. There are some responses that the feedback bot will not accept that we have outlined below.

For example, this response uses twenty words in a row that come directly from the passage:

Opinions and First-Person Point of View

Quill Evidence requires that students provide evidence-based responses. This requirement allows Quill to narrow down the variety of potential responses, making the feedback more effective. We've included a couple of example sessions in which students were asked to revise opinionated responses. You can expect that your students will see similar feedback if using opinionated language. 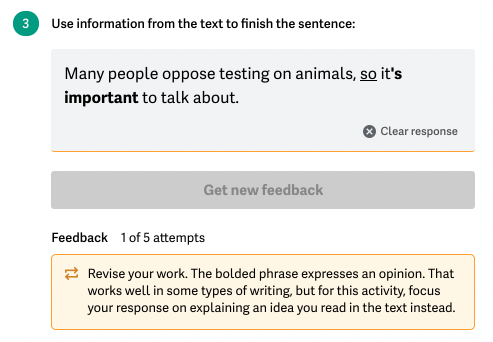 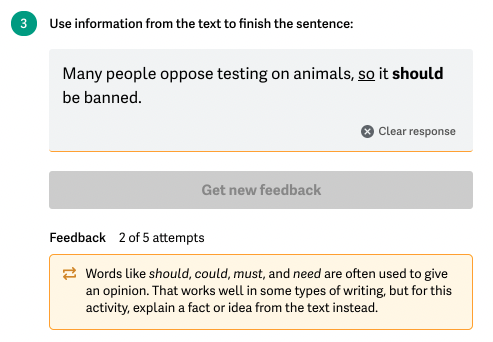 Responses using first-person pronouns are also not allowed. We discourage the use of opinionated responses using the following feedback: 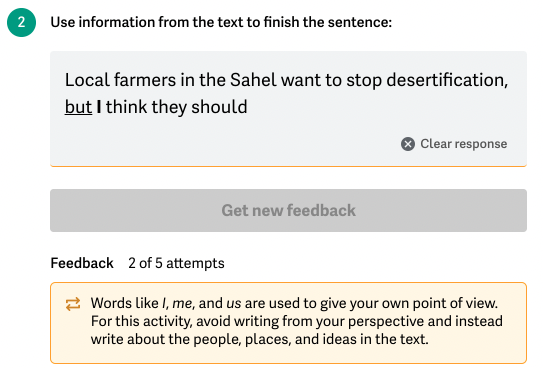 We want to encourage students to use the conjunction "because" to show a relationship of cause using evidence from the text. Students who start a "because" response with "of" will be directed to instead start their response with a noun: 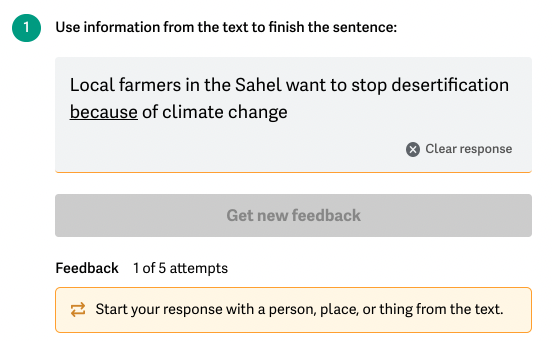 When a student responds with a "so" response that has the sentiment of a "so that" response, they will receive feedback that encourages them to shift their focus and provide a consequence.

When a student responds with a "so that" response, they will receive feedback like this: 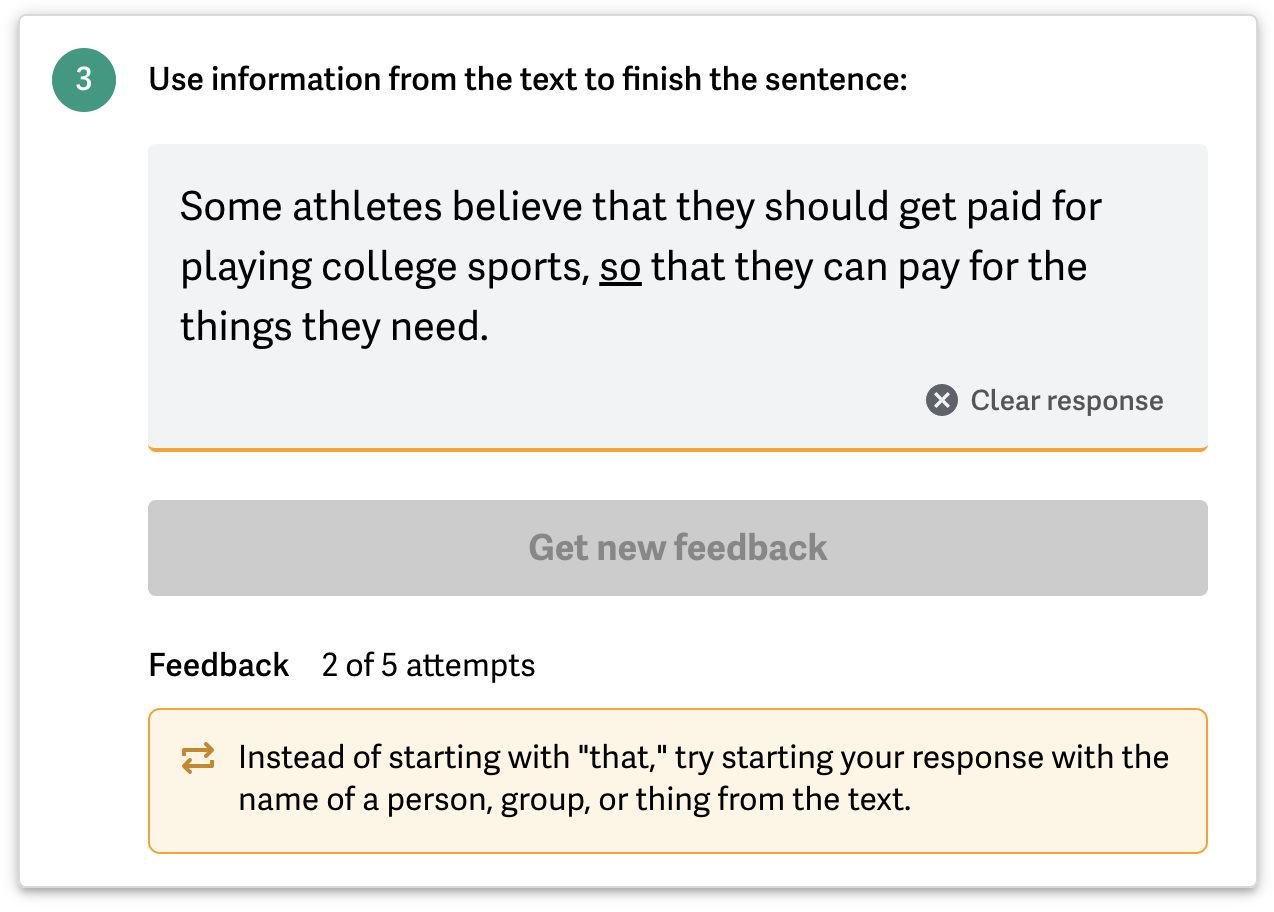 Students cannot include any profanity in their responses. If they do, they will receive the following feedback: 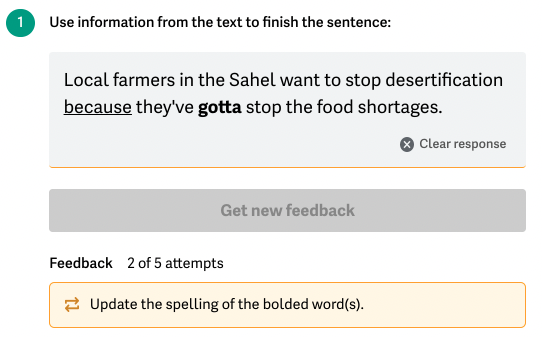 Please feel free to live chat with us through the green message bubble on the bottom right corner of the screen or email us at hello@quill.org.

Did this answer your question?